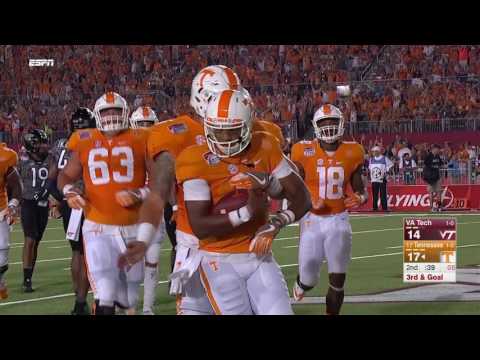 
Blame it on the rain

Speedway Motorsports’ bottom line has been clouded by rain.

The Concord, N.C.-based investor owned parent company of Bristol Motor Speedway (BMS) decided to do something about it in advance of BMS’ August night race by offering race fans a “weather guarantee.”

As part of the company’s new weather policy, if a NASCAR race is postponed due to weather and the ticket holder is unable to attend on the rescheduled date, a ticket credit can be issued toward a qualifying NASCAR race at any Speedway Motorsports venue.

“Of all major professional sports, none is as heavily impacted by adverse weather as NASCAR,” said Speedway Motorsports’ President and CEO Marcus Smith. “With drivers already racing on the very edge at nearly 200 mph, even a little rain can have a dramatic impact on race weekend schedules. What we want to do is take weather out of the ticket-buying equation so fans can focus on having a great time and making memories on our premier NASCAR event weekends.”

What’s involved with the guarantee?

Fans with an unused, eligible ticket will have 60 days from the original race date to request a ticket credit on a qualifying future event. The credit must be used toward another Speedway Motorsports’ NASCAR event within one calendar year of the original race date or the same event the following year, even if it takes place beyond the one-year mark.

The company said, in its second quarter report to investors, that “the negative impact of unusually poor weather” at its six speedways contributed to a slight downturn in year-to-date revenue.

Still, Smith said the company’s financial results were within its expectations.

Besides bad weather, what else is affecting the company?

“Race car driver popularity and performance abilities can affect on-track competition, the closeness of championship points racing, attendance, corporate interest, media attention and the appeal and success of racing in general,” said the company’s latest proxy statement. “ … Our business has been, and is expected to remain, somewhat seasonal.”

The company recorded an uptick in revenue in 2016 thanks to “other operating revenue” that came from Bristol Motor Speedway when it hosted a September 2016 football game between the Tennessee Volunteers and Virginia Tech Hokies billed as the “Battle At Bristol, College Football’s Biggest Ever.”

Speedway Motorsports’ green flag is that many of its future revenues are already contracted, including a 10-year NASCAR television broadcast agreement with various networks that runs through 2024. That agreement generated 46 percent of the company’s revenue in 2017, according to the proxy statement. NASCAR valued valued the 10-year deal at more than $8.2 billion.

Marcus Smith, meanwhile, has reason to believe in a sunny future for the company.

“We are increasingly optimistic that our innovative marketing strategies, including focus on broader use of our first class facilities in premium markets, are resulting in long-term opportunities for increased revenue streams and profitability,” he said in the proxy statement. “We continue to build financial strength through execution of our long-term strategic goals of debt reduction, share repurchases and restrained capital spending, and benefit from lower cash taxes under the recently enacted federal Tax Cuts and Jobs Act.”